(September 23, 2009 New York, NY) - TriForce Sales, LLC announced today that it has finalized work on its 1:1 scale Gears of War 2 Lancer Assault Rifle Replica. The piece was sculpted, engineered and painted by an extremely talented and well-known group of the best and brightest names in the industry. Artists include sculptor Erick Sosa, William Valenzuela, Jorge Martinez, Toi Ogunyoku and painter, Paul Komoda. The replica is 40 inches in length, weighs approximately 15 pounds, and features working LED effects. The estimated available ship date is February 2010. View us on the web at www.projecttriforce.com.

“When working on something as iconic as the Lancer Assault Rifle you have to get every detail right, in order to pay it the respect it deserves. Working closely with the incredible team at Epic Games we are confident we have created the most painstakingly accurate representation of this intricately designed weapon,” said Drew Seldin, a spokesman for TriForce. “You can only make great pieces if you work with the best and our design team is clearly the best. All you need to do is look at what they created and you will undoubtedly agree.”

"The guys at TriForce have outdone themselves with this fantastic rendition of the Lancer, and the attention to detail is amazing," said Chris Perna, art director of Epic Games. "They went through great pains and spared no expense to bring to market the absolute finest quality reproduction of the Lancer to date. Working with these detail-oriented professionals has been a pleasure."

Gears of War 2 tells the story of humanity's last stand against the nightmarish, underground Locust Horde, and is the follow-up to one of the most popular Xbox 360 games in history. Gears of War 2 blends best-in-class third-person shooter action with unsurpassed high-definition visuals, all layered on top of an engaging story of survival, loss and retribution. Epic recently shipped Gears of War 2: Game of the Year Edition, which includes the award-winning original game, 19 extra multiplayer maps, plus the “Road to Ruin” campaign chapter, all for just $39.99. For more information, visit http://gearsofwar.com.

TriForce Sales, LLC based in New York, NY is a high-end creator of officially licensed 1:1 scale replica from some of the most recognizable video games, feature films, animation, television and comics. TriForce uses state-of-the-art process, equipment, materials and techniques to create the most realistic products available on the market today. To view and purchase products or learn more about TriForce visit us on the web at www.projecttriforce.com

Epic Games, Inc., based in Cary, NC and established in 1991, develops cutting-edge games and cross-platform game engine technology. The company has created multiple million-selling, award-winning titles in its “Unreal” series, including “Unreal Tournament 3” for PC, PLAYSTATION®3 and Xbox 360®. Epic’s “Gears of War” won over 30 Game of the Year awards, and the sales of "Gears of War" and “Gears of War 2” have eclipsed 11 million units. Epic's Unreal Engine 3 is the three-time consecutive winner of Game Developer magazine’s Best Engine Front Line Award and is this year's Hall of Fame inductee. Unreal Engine 3 has also been recognized as the number one game engine by Develop magazine. Additional information about Epic can be obtained through the Epic Games Web site at www.epicgames.com. 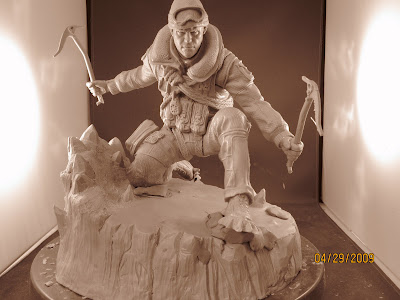 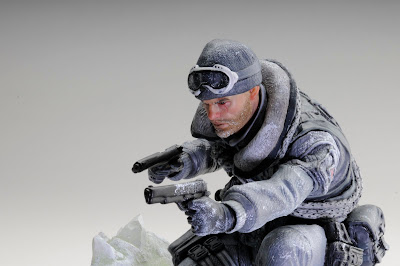 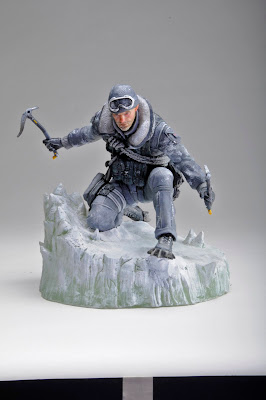 Hi guys,
I have just been allowed to show this.
Let me just say this project means a lot to me, as it opened an opportunity for me to work for one of my favorite Japanese companies.
Also this project was a special one, I was asked to get it sculpted, molded/casted, and painted within 2 and a half weeks, which was insane, since the character has so much gear ,3 pairs of arms,and details, my baby daughter Erika was due any day within those two weeks of grueling work, with another big Gears of war 2 project on top of us ( see post before this one ) and sure enough 4 days before the deadline she was born, making things a bit harder for me and everyone involved, we were told it would not be possible to get this done, but still they trusted us, and we delivered.
My baby daughter Erika was born with some health/digestive issues, so much so that she had to be rushed to UCLA medical to get microsurgery, needless to say your ( Clubhouse members/family and friends) support/posts/e-mails helped me through this.

Anyway this project was a blessing in disguise, it has literally changed my life and my career, taking me to a direction I always wanted but that otherwise would have been just a dream, and now it is a reality, I can finally get to come up with ideas, and actually bring them to life the way I see fit, no more restrictions! Thanks Koto and Triforce!
I just want to publicly thank the following people:
My wife
Frank Supiot and Koto for believing in me and giving me such an opportunity....
Drew Seldin
My buddy Rob the "wizard"
William Valenzuela for always being there to save the day, Paul Komoda, Jordu Schell, Jorge Martinez and Norm for always being such a positive support.
People involved:
Erick Sosa: Character Sculptor/gear/weapons
WIlliam Valenzuela: Base Sculptor/painter
Jorge Martinez Caster extraordinaire!
Jordu Schell: Portrait painter
Paul Komoda:Painter body/gear/weapons Paul came through so fast with this..thanks man! 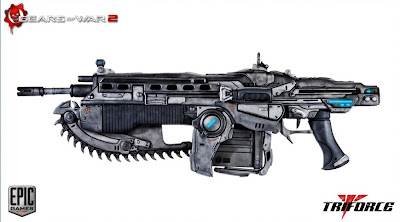 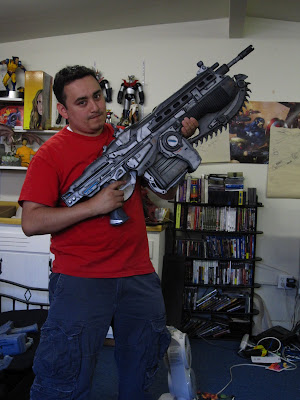 Hi guys,
This is one of two projects I just finished for Triforce,
been working on it for the past 5 months, We got this done between William Valenzuela and I, with help of Toi OgunYoku putting some parts together and stencil work , painted by Paul Komoda , castings by our very own Jorge Martinez a.k.a. Fenix and Dan Adams.
This riffle is a HUGE 40 inches long! And many a times it made us cry like little girls... it was a lot of work.
This is the biggest project I have ever worked on, bar none, after working on this ....Armored stuff ( which I used to fear) seems like a walk in the park..because this was sooo hard... honestly I rather get mauled by the whole Locust horde hahaha just kidding, we learned a lot and we couldn't be any happier!

Here's a link to this monster:
http://www.projecttriforce.com/index.ph ... 4&parent=3
Posted by ERICK SOSA at 10:12 PM No comments: