Hi all,
It has certainly been a while.
I have been very busy setting up PrototypeZ Studios, and preparing many designs for my resin releases, yes Street Fighter included!
Here's a sneak of my new releases, coming in both model kit form, and pre-paints.
Space Host ( already available as an unpainted model kit) please feel free to contact me in interested to: ericksosa@mac.com
My second model kit/prepaint release will be "Space Leviathan" I was going to call it Star Beast in honor of the film Alien, but who knows, that may be another piece down the road muahaha!

Anyway let me tell you a bit more about the space Leviathan...the Space Leviathan is one of the Abaddon Patriarchs referred to in my short story titled "SPace host" You can read the story here, I first published it here on my blog back in July:
http://toyzkulptor.blogspot.com/2011/07/july-update.html
Anyway all I will say is that messed up insectoid face you see... well it is not his face at all....think of it as some kind of biomech samurai armor....I think Keira ( Space Host ) has met her match.... a creature as old as time, and as resourceful as the Elder Patriarch that she has become a host to... 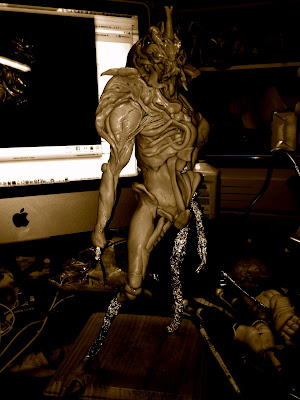 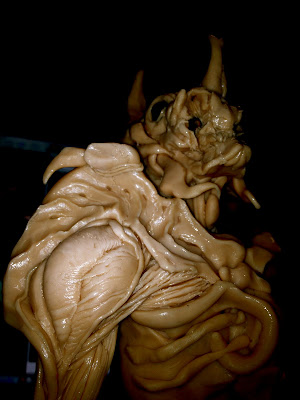 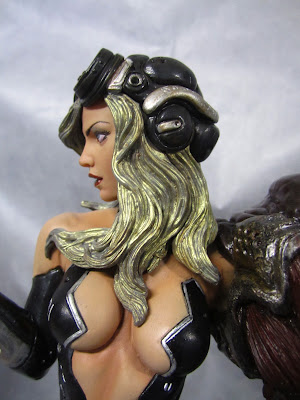 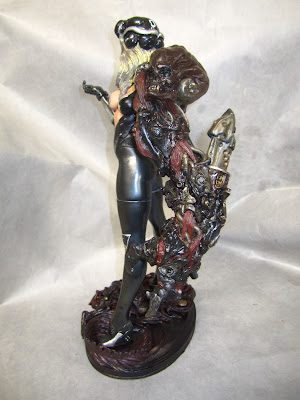 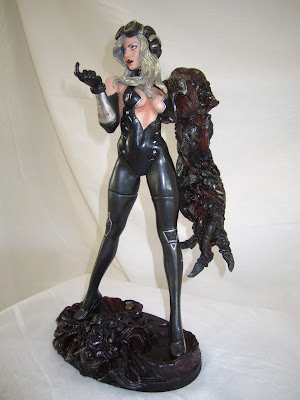